Farmers' leaders have said that they will carry on with the 'Bharat Bandh' (nationwide strike) on 8 December to mount pressure on the Central Government.The representatives of thousands of protesting farmers, who are sitting on various borders of Delhi since 26 November, have said their call for a 'Bharat Bandh' would be observed with full force.

Here are 10 developments in this big story:

1) Various opposition parties have announced support to the ‘Bharat Bandh’ called on 8 December by farmers in various parts of the country to express solidarity with the agitators, who have stayed put on Delhi borders for 10 days.

2) The Congress party has expressed its "whole-hearted" support to the nationwide strike called by the agitating farmers against the three farm laws and said that it will hold protests that day at all district and state headquarters in solidarity with the demands of the farmers. Addressing a press meet at the AICC headquarters in Delhi, Congress spokesperson Pawan Khera said, "I would also like to announce that the Congress party extends its whole-hearted support to the Bharat Bandh on December 8."

4) The Telangana Rashtra Samithi on Sunday extended support to the 8 December 'Bharat Bandh' call by various farmers' organisations and farmer leaders against the govt's new farm laws. TRS chief and Chief Minister K Chandrasekhar Rao said the party rank and file would actively participate in the bandh to ensure it was a success. "We'd opposed the Bills in Parliament, we continue to do so. MSP hasn't been assured in any of these Bills. Also, if mandi structure is dismantled there's no alternative structure in this country, so farmer is insecure. TRS will support the farmer' Bandh call," said K Kavitha, TRS MLC.

5) The ruling Trinamool Congress in West Bengal has decided to extend its "moral support" to the 8 December nationwide strike and would stage sit-ins in various areas for three days.

7) Opposition parties led by RJD's Tejashwi Yadav in Patna were allowed to hold a brief protest against new farm laws at the statue of Mahatma Gandhi at the Gandhi Maidan, where they pledged to support the agitating farmers. Tejashwi said, "I am standing with the Anndata (providers of food) in their fight against the Dhandata (people who own wealth)." "Is it a crime to raise voice in support of farmers demanding provision for Minimum Support Price (MSP) in the newly enacted laws. If it is a crime, then we will commit such crime every time," he said on Twitter.

10) The farmers are protesting against the Centre's new farm laws -- the Farmers (Empowerment and Protection) Agreement of Price Assurance and Farm Services Act, 2020; Farmers Produce Trade and Commerce (Promotion and Facilitation) Act, 2020; and The Essential Commodities (Amendment) Act 2020. 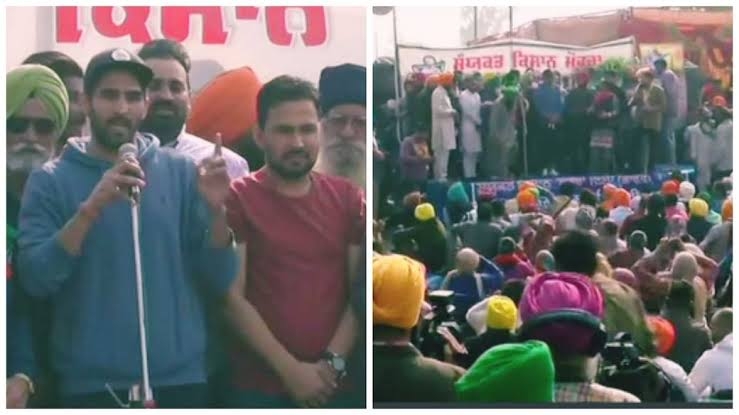